If you have ever stepped into a golf shop, you’ve no doubt seen the artificial greens that each one of them seems to have, all flanked with hundreds upon hundreds of putters. Yeah, you want to play around on the green, but you hardly even know which putter to goof around with, let alone which one to buy.

If you are a beginner picking up a flat stick can be overwhelming. Naturally, all you want a club that will save you a few strokes on the green, and not break the bank doing it, but how can you know for sure until you’ve played a few rounds?

If you are a beginner to the game of golf but need to pick up a new putter we can help! Read on for five of the best putters for beginners on the market.

Before we take a look at some awesome putters, let’s stop a moment to think about what should be considered before you buy. For those that do not know much about putters, we will briefly go over all of the basics.

There are four basic types of putters, all of which change the way that you set up to the ball in a significant way.

The belly putter differs from the standard -length putter in that it is generally between 43-45 inches in length Technically speaking it is designed to be anchored against your body, but it is still easy to use in a way that complies with the new rules.

Generally speaking, the belly putter is associated with golfers struggling on the greens. The extra length makes it easier to keep the face square at impact, which will be especially useful for putts within ten feet. That said, when you get outside of that range it can be difficult to control the speed.

You will also encounter two basic different head configurations that will vary widely in appearance from model to model.

Neither is inherently better than the other. It is entirely a matter of personal preference.

Things to Consider Before You Buy:

Fans of professional golf might remember a few years back when Jim Furyk won the Fed Ex Cup Championship playing with a putter he had bought for thirty dollars at a used sporting goods store. Obviously, it wasn’t the fanciest club on the market but it helped him win twelve million dollars. Putters don’t have to be fancy, they just have to give you confidence.

Technology does not change all that much on a yearly basis when it comes to putters. If you buy one that you like you can keep it in the bag for a long time. I’ve played the same putter for nearly a decade, and unless something very unfortunate happens to it, it will probably stick around for another decade.

Just take your time, and don’t settle. The right putter is out there for you, and once you find it, you will never want to let go of it.

Now, here’s the fun part. Taking a look at some awesome new putter! 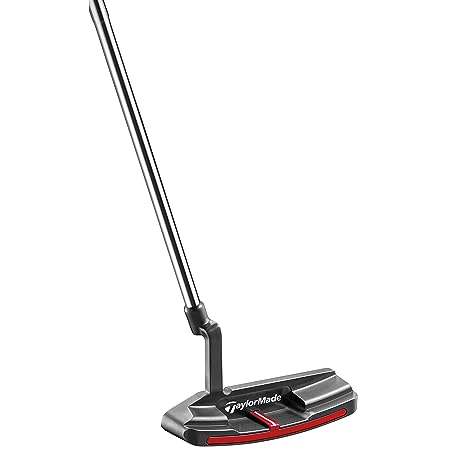 TaylorMade is known mostly for their woods and irons, but they have slowly been building a reputation for making good putters, and I think that this model here is the culmination of years of improvement. This blade style putter looks as good as it performs. Let’s take a look at some pros and cons though, so you can decide for yourself.

The face insert essentially makes for one large sweet spot, so you can count on your putts rolling well.

Some people don’t mind. I actually kind of appreciate the mild wear and tear that my sticks accumulate over the years. It reminds me of the hundreds of loops I’ve played them on, which is sort of confidence inspiring.

Still, if you are one that is going to be bothered by the fading paint, that is something to consider. 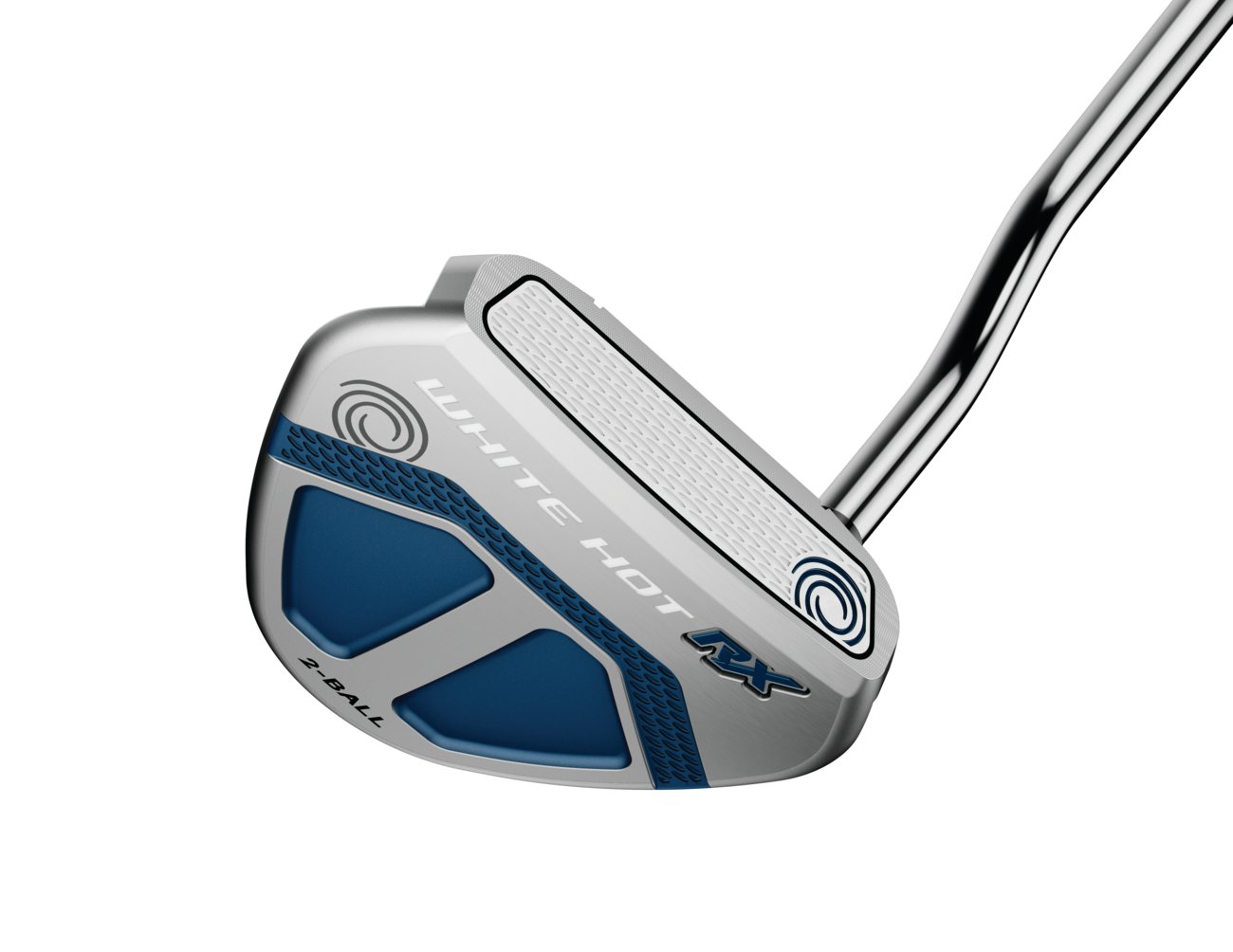 Odyssey has been synonymous with high-quality putters for as long as their clubs have been on the market. They are manufactured by Callaway, and just like their parent company they have been used by many of the game’s greatest players (including Arnold Palmer and Phil Mickelson) to win some of the most prestigious tournaments in the sport.

This two ball putter is a new version of one of their classic designs. Let’s take a look at the pros and cons so you can decide for yourself if it’s the club for you.

Odyssey is a good brand, but they release new stuff so regularly that there often times isn’t much of a difference between models. If you want a better bargain buying an older two ball model might be the way to go.

Cleveland Golf has gone underappreciated for years. A little while back they used to make a full set—drivers, woods, irons, etc, but recently they switched focus to the clubs that you use from one hundred and thirty yards and in. Wedges and putters had always been their specialty anyway, and it shows with this club.

For what it is worth, this is probably the club that I would buy were I just starting out. The design is time tested, and while innovation is always nice, when it comes to putting what we really need is something that looks and feels good, and this club fits both requirements nicely.

Odyssey is the only manufacturer on this list to have two clubs highlighted, but perhaps after years of being leaders in the putter market, they deserve the distinction. This putter distinguishes itself in several ways from the last one that we looked at. We will examine how as we take a look at the pros.

Mostly, I think it’s just cool looking. Black shafts have really taken off on the PGA Tour in the last few years, and while it might just be a trend that will be over in a season or two, it’s still something that I can embrace.

Personally, I prefer a putter that isn’t too soft. Here, you are getting the benefits of a face insert, while still enjoying the feel of a traditionally milled putter.

There is definitely no promising you will get the same results that he does, but it will help with the basic mechanics of your stroke, keeping the club face a little more square at impact.

That said, if you like how it looks, that shouldn’t stop you from picking one up. Putting is all about your own personal preference, so forget what other people say.

This club makes its way onto the list because, well its predecessor was one of my first putters over a decade ago. It is true that Scotty Cameron has a long-standing tradition of being over-priced, but for what it is worth, I will be bold enough to say that it is worth every penny.

The Newport model that I play has hit literal ten of thousands of putts and been with me on hundreds, if not thousands of rounds of golf. Even after all that play time, it still looks nearly as good as the day that I bought it, and in all that time, I’ve never wanted anything else.

Of course, since many years have passed since I bought my version of the club, there are numerous technological advances featured on this model that we will examine with pros and cons.

The stainless steel head features a soft insert with steel inlay that will maintain the satisfying feel of milled putters, while still benefitting from the vibration reducing technology of the insert.

Well, that’s it! I hope that you have enjoyed the guide to this point. More importantly, I hope it has helped narrow down your choices.

Buying a putter is based so much on personal preference that it is hard to select a winner from this list, but due to its price point, I think that the Cleveland model comes out on top here. It comes from a trusted brand and features a design that has stood the test of time.

Whichever club you chose, take your time, and enjoy the process. In golf you drive for show and putt for dough, so make sure to get the money maker that’s right for you.

Questions or comments? Let us know what you think down below!

The Best Sand Wedges For Beginners

The Ten Best Golf Drivers On The Market Right Now